The Pacific Women Advisory Board provides advice on the strategic direction of Pacific Women, assists in connecting the program with other influential leaders in the Pacific and advocates to support gender equality in the Pacific. The Advisory Board reflects Australia’s commitment to a Pacific-led response to enhance opportunities for the political, economic and social advancement of Pacific women.

The Advisory Board’s membership comprises 12 eminent leaders from the Pacific Islands and Australia’s Ambassador for Women and Girls attends Advisory Board meetings as an observer. 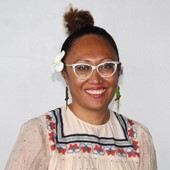 Ms Buadromo was formerly the Director of the Fiji Women’s Rights Movement for 14 years. She was given the ‘International Women of Courage’ award in 2008 by the US Government and the inaugural ‘Courage Award’ by ‘Women have Wings’ (established in memory of Amelia Earhart) in 2012. Ms Buadromo works with civil society organisations at national, regional and international levels. 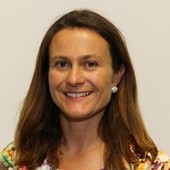 Ms Heinecke has two decades of experience in leading policy and program delivery in international development. She has served in overseas roles in Timor-Leste, Indonesia and Papua New Guinea. Ms Heinecke was a graduate at AusAID in 2000, and prior to that worked for PricewaterhouseCoopers and holds a Bachelor of Commerce, Masters of International Relations and a Masters of Economics.

Current members of the Advisory Board are:

Dr Ah Siu-Maliko completed her PhD at Otago University, New Zealand on ‘Public Theology, Core Values and Domestic Violence in Samoan Society.’  She was the lead researcher for a project with the New Zealand Institute for Pacific Research  ‘Tatala le ta’ui a le Atua: Rolling Out the Fine Mat of Scripture: Church Responses to Gender-Based Violence Against Women in Samoa: Supporting Church Capacity for Transformative Social Leadership’.   Dr Ah Siu-Maliko is a lecturer at Piula Theological College in Samoa, and a Research Affiliate at the Centre for Theology and Public Issues at Otago University. 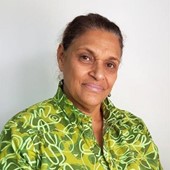 Dr Aumua oversees the work of The Fred Hollows Foundation NZ which has a mission to end avoidable blindness and vision impairment in the Pacific. It achieves this by raising funding to support and partner with Pacific governments and Ministries to train local eye care workers and provide the facilities and technology they need to improve access to quality eye care. Previously, Dr Aumua was Deputy Director General at The Pacific Community’s (SPC) Suva office, where she managed the operations of staff, divisional work and Fiji-based activities, including SPC’s education, maritime, geosciences, land resources, social development and human rights programs. Dr Aumua has extensive experience in research, policy development and management in the health and education sectors in New Zealand and Australia and has held sustainable development leadership roles across the Pacific. 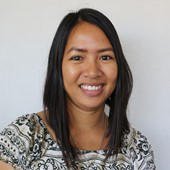 Ms Capelle graduated from the University of Hawaii, Hilo with a Bachelor of Arts in Political Science and Gender Studies and then worked as a Domestic Violence public awareness coordinator for Women United Together in the Marshall Islands (WUTMI), a National NGO. Ms Capelle is the United Nation’s Development Programme/Global Environment Facility – Small Grants Programme National Coordinator. She has worked regionally with other young women during the Triennial Conference of Pacific Women (Cook Islands, 2013). 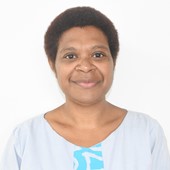 Dr Fiona Hukula is a Senior Research Fellow at the Papua New Guinea National Research Institute. She has over 20 years’ experience as a policy and social researcher. She received a PhD in Social Anthropology from the University of St Andrews, Scotland; a Masters in International Criminology from the University of Sheffield and a BA in Anthropology from Victoria University of Wellington. Dr Hukula’s research interests are in urban studies, gender and socio-legal studies. Dr Hukula is a member of the PNG Family and Sexual Violence Action Committee (FSVAC) and the National Action Plan against Sorcery Accusation and Related Violence (NAP SARV) and is on the board of the NGO Peace Foundation Melanesia. She is also a Commissioner of the Constitutional and Law Reform Commission. 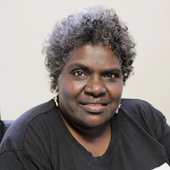 Ms Nongebatu is a key leader engaging with the Shifting the Power Coalition and member of Every Woman Treaty’s Global Working Group (Oceania). She is a previous Office Manager (2011–2018) and President (2004–2011) of People with Disabilities Solomon Islands (PWDSI). PWDSI is an advocacy organisation that promotes the rights of people with disabilities. Ms Nongebatu was also female co-chair for Pacific Disability Forum (2009–2011) and Deputy Chief Executive Officer (2018–2019). The Pacific Disability Forum (PDF) is a regional peak body that works in partnership with Disabled Persons Organisations in the Pacific region to build their capacity and improve the lives of persons with disabilities through advocacy. In 2012, she received the US Secretary of State’s Award for International Women of Courage. She was recognised for overcoming adversity and championing the cause of people with disabilities in Solomon Islands. 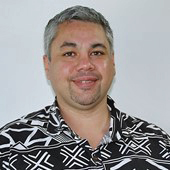 Mr Orsmby joined the Secretariat in September 2017 and is responsible for the development and implementation of policy initiatives as directed by Forum members. Previously, Mr Ormsby was Deputy Director, Critical Projects with the New Zealand Ministry of Health and played a leading role in negotiating the $2 billion care and support worker pay equity settlement, which led to pay equity to a 55,000 strong female workforce. He has also worked in the Ministry of Defence and served as Private Secretary to the New Zealand Minister of Defence as well as a secondment to the New Zealand Ministry of Foreign Affairs and Trade. Mr Ormsby studied defence and strategic studies at the Australian National University and holds a Post Graduate Diploma in International Relations and Security Studies and a Bachelor of Political Science from the University of Waikato, New Zealand. 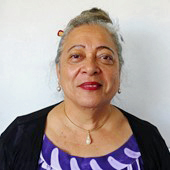 Honourable Rattle was appointed Speaker and CPA Branch President in 2012 and reappointed in 2014. She is an extremely active parliamentarian, including as CPA Pacific Region Representative since 2014 and highly regarded internationally for her skills of conciliation, organisation and advocacy. As the first Pacific Chairperson of the International Conference of the Red Cross Red Crescent, due to her natural authority, she was able to navigate ideological and political divides. She was an eminent member of the Election Committee of the International Federation Red Cross Red Crescent, known for her contribution to rules of procedures and ethics. A New Zealand registered nurse, Honourable Rattle remains an advocate for women and girls and increasing their representation in Parliament. Her passion for community-voluntary work, prevention of violence, health and disaster-risk reduction has enriched her role as speaker. Honourable Rattle is the former Chairperson of Cook Islands National Council of Women, former Chairperson of Cook Islands Women’s Counseling Centre, current Cook Islands Nursing Council Member, current Community Rehabilitation Centre Board Member and just formed the Cook Islands Women Parliamentarians Caucus. 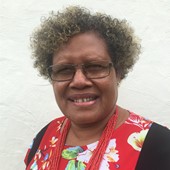 Ms Sigimanu is one of the longest-serving permanent secretaries in the Solomon Islands government, having spent the past 10 years with the Ministry of Women, Youth, Children and Family Affairs. During this time, Ms Sigimanu was influential in the passage of the Family Protection Act 2014; the Child and Family Welfare Act 2017. She developed and reviewed National Gender Equality and Women’s Development policies and conducted a study on Family Health and Safety. Ms Sigimanu also serves on a number of national and regional Boards. 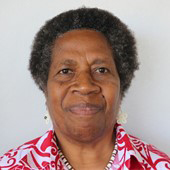 Mrs Tahi has been the Coordinator of the Vanuatu Women’s Centre since 1994. She was awarded the ‘Woman of Courage’ award by the USA Government in 2009 for her work on violence against women and children in Vanuatu. Mrs Tahi was the second Political Advisor in the Ministry of Foreign Affairs (1990-1991) and was Assistant Secretary in the Ministry of Foreign Affairs (Protocol) (1983-1986) and Director for Vanuatu Centre for International Relations (1986-1990). Mrs Tahi’s experience includes the positions of Chairperson of Vanuatu Association of Non-Government Organisations (VANGO) and President of Vanuatu National Council of Women. 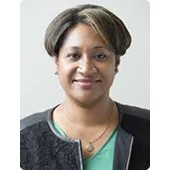 Ms Taviri has a Bachelor of Science from the PNG University of Technology and an MBA from the Torrens University, Adelaide, Australia. She is a Harvard Alumni having graduated in November 2016 from the Harvard School of Business Advanced Management Program (AMP191).   In 2018 she was recognized globally by the World LPG Association, as the Inaugural LPG Woman of the Year for her work in the industry and community. She was recognized for innovation in packaging products for energy poverty markets and her work with promoting gender.   She previously held the position of CEO of Origin LPG Papua New Guinea. Ms Taviri is the Deputy Chair of PNG’s largest Superannuation Fund, Nambawan Super Limited serving on the Audit and Risk Committee and Chairs the Transformation committee.   She is the Founding Chair of the Business Coalition for Women which aims at economic empowerment of women in the private sector.  Ms Taviri is also a member of the PNG Institute of Directors and the Australian Institute of Company Directors.