Local civil society groups in Tonga have signed Memorandum of Understanding (MOU), affirming solidarity in supporting government commitments to gender equality and participation and empowerment of women and girls.

The Prime Minister, Honourable Dr. Pohiva Tui’onetoa officiated at the launch and signing of the MOU of FI-E-FI-A ’a Fafine Tonga (FFFT) at the Epworth Hall, Friday 16 October 2020.

FFFT, formerly known as the Women in Leadership Coalition, was renamed to reflect their solidarity in promoting the active participation of women and girls in all levels and areas of political, economic, cultural, private and public life. The signing of the MOU by the members endorses their unity on common principles, goals and values which will help manage competing priorities and ensure that they work collaboratively to progress and achieve the purpose of FFFT.

When officially launching the FFFT, Honourable Tui’onetoa said, ‘I acknowledge the work the Chair and the women coalition have been doing to promote the rights of women and girls and I am embarrassed to hear that the number of domestic violence has increased during the lockdown period and we must do something to address this.’

Under the MOU, all members of the FFFT agree to work together with other relevant stakeholders to honour, respect and support the government’s international, regional and national commitments towards gender equality and empowering women and girls through the National Policy on Women Empowerment and Gender Equality Tonga (WEGET) and under Sustainable Development Goal (SDG) 5.

More recently, FFFT under its former name of the Women in Leadership Coalition was instrumental in supporting and representing the voices of 564 women from the informal sector who were impacted by the COVID-19 lockdown to access government’s grant in response to COVID-19. The group is looking to continuing to promote women’s full participation and equal opportunities for leadership at all levels of decision-making in political, economic, cultural, private and public life.

FFFT comprises 6 representatives of organisations and associations working in the gender and development sector. Mrs Betty Blake, Chair of the FFFT, highlighted that membership for FFFT is open and invited women’s groups and individual women who support the purpose, values and goals of FI-E-FI-A ’a Fafine Tonga to join the network.

FFFT acknowledges the Balance of Power Tonga Country Program in facilitating and supporting FFFT’s work. Balance of Power is an initiative of the Australian Government-funded Pacific Women program. 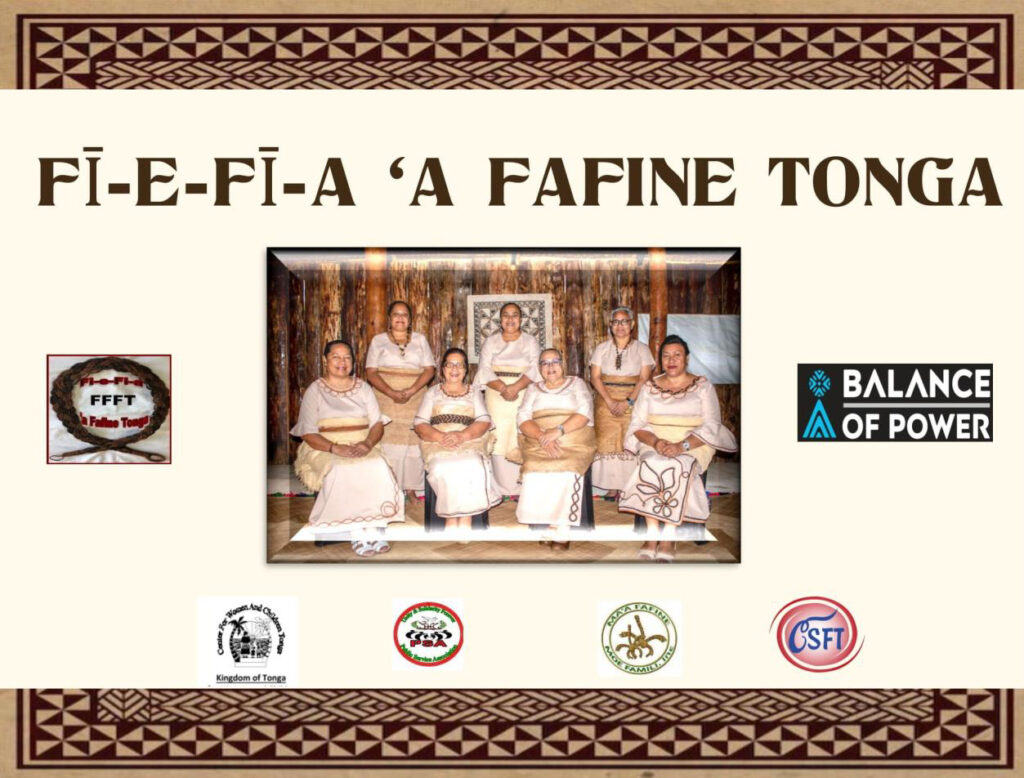 FI-E-FI-A ‘a Fafine Tonga (FFFT) is a network of passionate women working under the umbrella of Civil Society Forum Tonga. The founding members of FFFT are mostly founders of their own non-government organisations whose passion to advocate for women’s issues brought them together.

FFFT is a platform for women and girls to promote and advocate for equal contributions and access to equal opportunities and results. FFFT also works with other stakeholders to ensure women and girls are confident and free to make decisions about their life and future.

Under their former name, the Women in Leadership Coalition, the FFFT network in the past ten years has achieved milestones such as the enactment of the Family Protection Act 2014, and the election of first woman District Officer and Town Officer in the local government election of 2016.