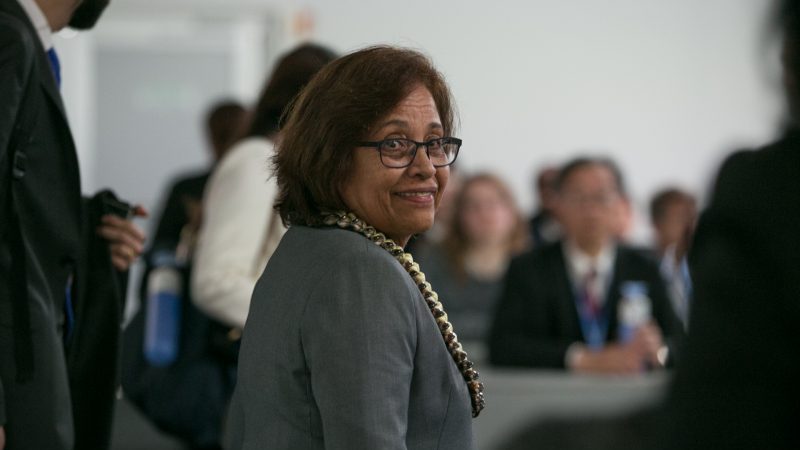 (13 November 2018) Hilda Heine, president of the Marshall Islands and a leading climate advocate, narrowly survived a vote of no confidence in parliament on Monday.

Lawmakers split 16-16 over the attempt to oust her, with one absentee, falling just one vote short of the majority her opponents needed. It keeps president Heine in office for a virtual summit planned by countries on the front line of climate impacts on 22 November. As convenor she is expected to launch the 24-hour call for action in the capital Majuro.

Organised by the Climate Vulnerable Forum, an informal coalition of 48 nations, it is intended to drum up support for raising ambition ahead of this year’s UN climate summit in Katowice, Poland. Leaders, including France’s Emmanuel Macron and Canada’s Justin Trudeau, are expected to broadcast statements on social media, while expert panels discuss key issues.

The first female head of state of a Pacific island, Heine is a vocal champion internationally.