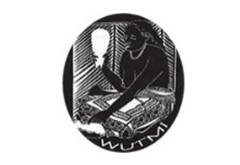 Women United Together in Marshall Island’s (WUTMI) is officially launching its support service for women in Ebeye today.

The support service is called Weto In Mour (A Place of Life): Violence Against Women and Girls Support Service, funded by Pacific Women.

‘The women and children survivors of domestic and family violence in remote and island locations need support, and so it is critical that we expand our original Weto in Mour service in Majuro, out to islands such as Ebeye,’ said WUTMI’s Executive Director, Daisy Alik-Momotaro.

The Weto In Mour centre in Ebeye will provide support to survivors of violence along with education and awareness to help prevent gender-based violence. 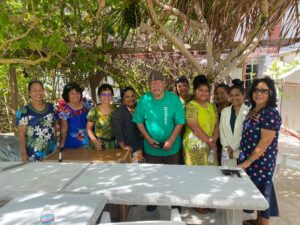 Funding for the Ebeye centre is from the EU-UN Spotlight Initiative, via UN Women, complementing support from Australia through Pacific Women Shaping Pacific Development (Pacific Women) that funded the Majuro Weto In Mour – the first ever service for domestic violence survivors in RMI.

‘Today sets a milestone in the RMI in our fight against sexual violence and harassment against our young adolescents and women of all ages,’ Ms Alik-Momotaro said.

‘Surveys have shown that an alarming one in three Marshallese women have experienced some form of abuse in their lifetime.

‘RMI’s rates of violence against women and children are staggering and unacceptable for a nation whose culture is built on peace, care and love for family and clan; a traditional structure that has existed for centuries. The Republic of the Marshall Islands is a matrilineal society where land inheriting is passed through the lineage of women.’

WUTMI established RMI’s first counselling service called Weto in Mour in 2016, with the support of Pacific Women Shaping Pacific Development (Pacific Women). Weto in Mour continues to increase awareness about violence against women and to improve the referral network and services provided for its survivors.

‘WUTMI is committed to ensure that perpetrators, child molesters, pedophiles and human traffickers are punished to the highest extent of the law,’ Ms Alik-Momotaro said.

‘Safe havens must be established in our hospitals, police stations, courthouse to protect survivors once a case is reported.’

Empowering women and girls within our society is fundamental to the realisation of human rights for everyone, and key to effective and sustainable development.